Towncasting To An Underserved Fanbase - The Scarlet Spotlight Podcast

When Jon Newman and Danny Breslauer first dreamed up the first ideas for The Scarlet Spotlight podcast in late 2017, they knew one thing above all else: they had uncovered enormous potential to deliver topical content to an existing, hungry, and underserved audience.

That fanbase? The diehard fans of the Rutgers University collegiate athletics.

With the Scarlet Spotlight, the two decided to build a podcast with a format that they would enjoy listening to. They focus on guests most of the time - figures from the Rutgers sports world, past and present. And though they have had plenty of opportunities to receive press credentials and use their local celebrity to gain special access to sporting events, they have thus far kept their fandom at the forefront.

Since launching in 2018, the duo have gone on to release well over 100 episodes, they’ve talked with some of their personal sports idols. And perhaps most special of all, they have achieved their goal of delivering quality, hyperniched content to a fanbase that was previously underserved.

Because of their effective strategy of identifying their niche audience, leveraging their network, and promoting effectively, Danny and Jon have found tremendous success with the Scarlet Spotlight and have no plans of slowing down.

One of the more interesting bits about Jon and Danny’s story is that, although they are both Rutgers alumni, neither of them currently live in the area that they are covering! This just goes to show that podcasting, videocasting, and towncasting offer unprecedented opportunities for anyone to connect, or keep in touch, with a community that they know and love - even from afar!

Tune in to episode 10 of the Towncast Podcast to learn more about the Scarlet Spotlight, and how Jon and Danny were able to find success by tapping into a hungry, underserved audience. 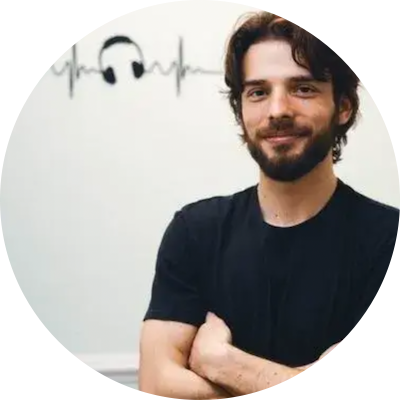